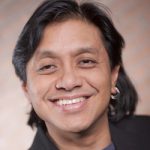 Chris Guerzo is a multi-talented songwriter and producer regularly sought out by both emerging and high profile artists.

After several years traveling the country as a professional musician, Chris started Chris G. Productions and has been supporting other artists as they pursue their musical aspirations ever since. Chris is happiest when he helps his artists’ elevate their craft and brings their musical vision to a radio-ready reality.

In 2001, Chris became the main producer for Studio Chicago.  This partnership has allowed Chris’ artists access to a multi-million dollar studio for premium quality recordings.  As a result, Chris has recorded more than 350 tracks with more than 100 successful musicians and vocalists. His friendly and collaborative style creates a comfortable environment for creativity.

To find out why everyone’s recommending Chris G., drop him a line.

Chris has been hired as a session musician in London, Los Angeles, Atlanta, Buffalo, Toronto, and Rochester, and played keyboards on tour with: